Tuesday morning I stepped outside and there was so much going on with the morning glories I had to take some pictures.

Technically they’re weeds, but they’re pretty weeds so I don’t care. I unwrap them from the peppers and other plants they might overtake, and let them wind their merry way around the accidental corn. 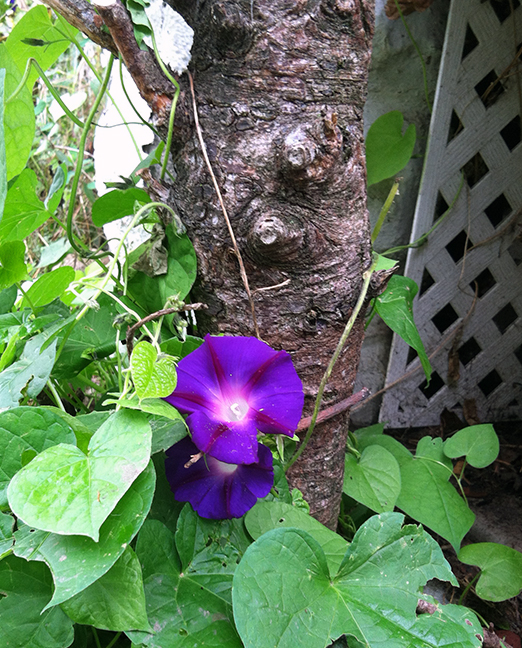 This is where the vine begins, at the front end of the south wall, at the base of one of those default bushes everyone seems to have – and I therefore don’t want.

My husband didn’t want to remove it but agreed all the dead branches could be removed. So I pruned the hell out of it and then planted a moon vine at the base. I didn’t manage to kill it off, but apparently word spread in the vine kingdom that this was a suitable home where one could sprawl undisturbed.

This portion twists around one of the accidental corn tassels.

I like the structure of the morning glory vine as it weaves through the hibiscus. Fortunately the hibiscus seems not to mind.

Most of the blooms are white or purple, but sometimes we get pink. (One day we even had a light blue one.) 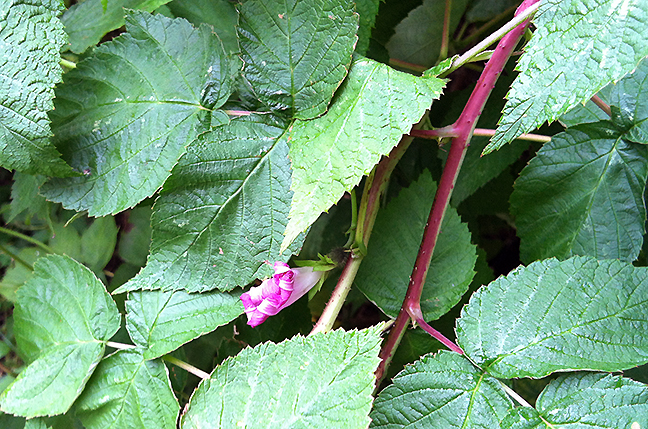 There also seems to be a minor incursion into the raspberry patch, which is durable enough to fend it off.

Deep purple morning glory at the base of the aformentioned accidental cornstalks. 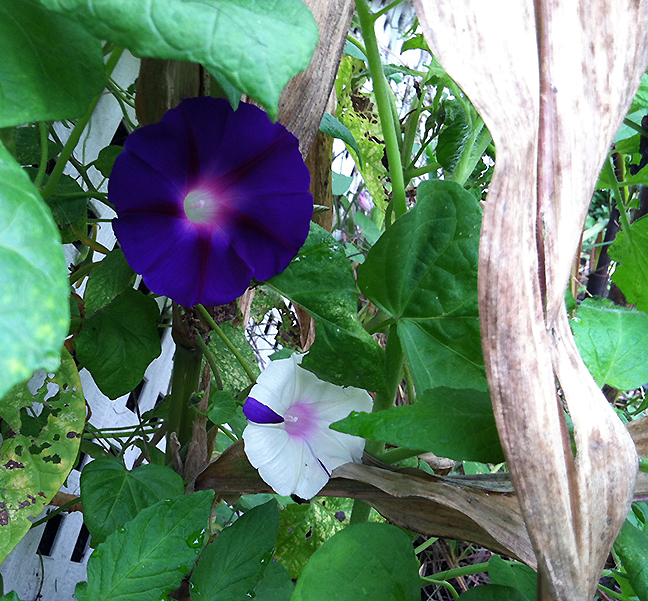 If there’s a pattern to the coloration variety, I don’t know what it is. I just appreciate it as it arrives.